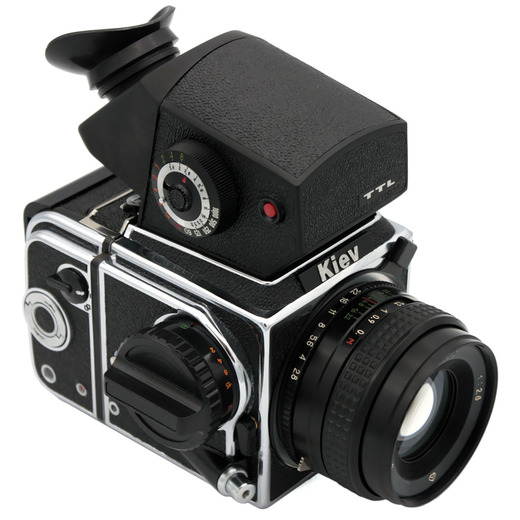 Two models of the camera are made: Kiev 88CM and Kiev 88CM Master.

The Master model has a pre-release mode (MLU, Mirror Lock-Up). The mirror control mechanism allows avoiding undesirable impact from mirror actuation with a shutter release and thus improving image sharpness. Kiev 88CM Master camera allows you to lock-up the mirror before releasing the shutter by pressing the mirror release lever.

Horizontal metal or cloth focal-plane shutter provides speeds from 1/2 to 1/1000 sec. and manual B. Flash synchronization is at 1/30 sec. and below. The shutter cocking mechanism is interlocked with the film transport mechanism thus preventing unintentional double film exposure.

With the use of interchangeable film magazines, the 6×6 cm format allows to take 12 exposures and the 6×4.5 cm format 16 exposures per 120 roll film. The interchangeable magazines make possible a quick change in the process of photographing from a black-and-white to a color film or to a more or less sensitive film. The film magazine may be removed from the camera irrespective of the number of the frames taken. Polaroid filmback can also be used.

The complete kit of the camera is made up at the customer's option. The camera body, lenses, film magazines, viewfinders and others accessories are listed separately. All offered by Hartblei cameras, bodies, film backs and viewfinders can have some different design fulfillments: chrome or black trim, black or colored natural leather finish. Price list includes also standard Kiev 88CM camera kits. 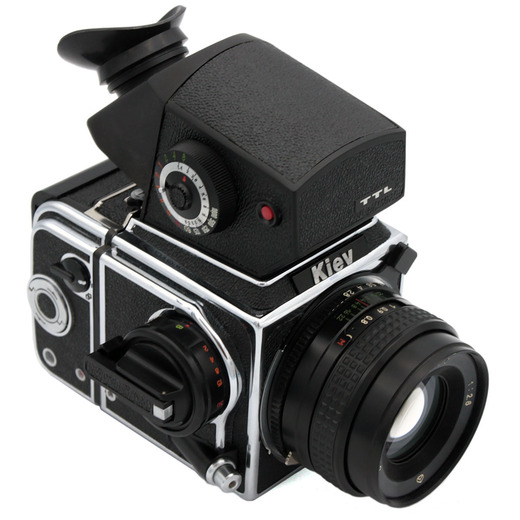 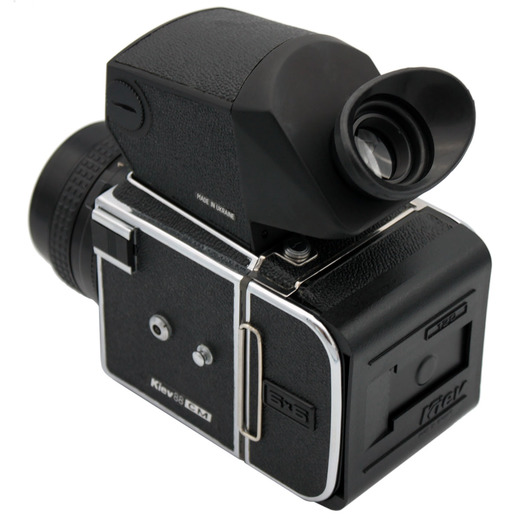 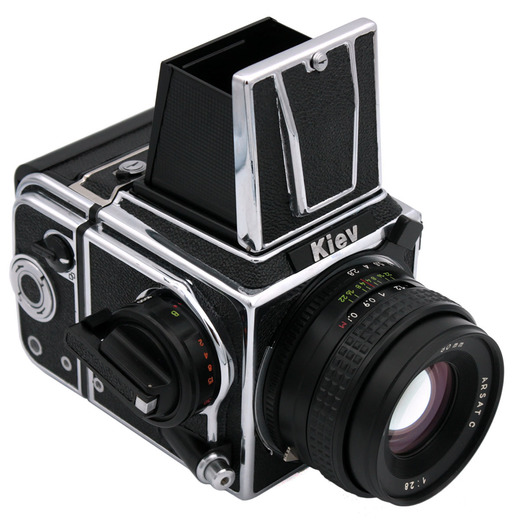 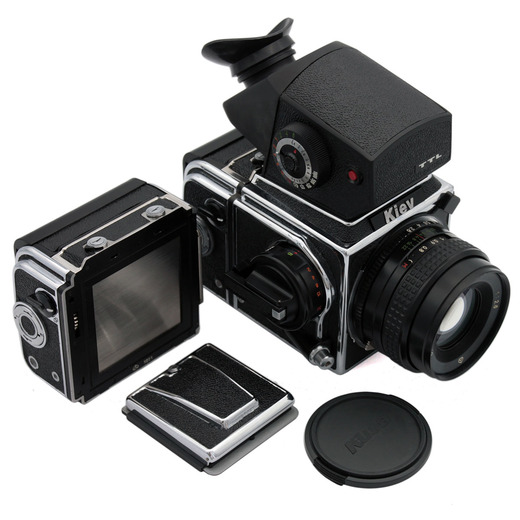 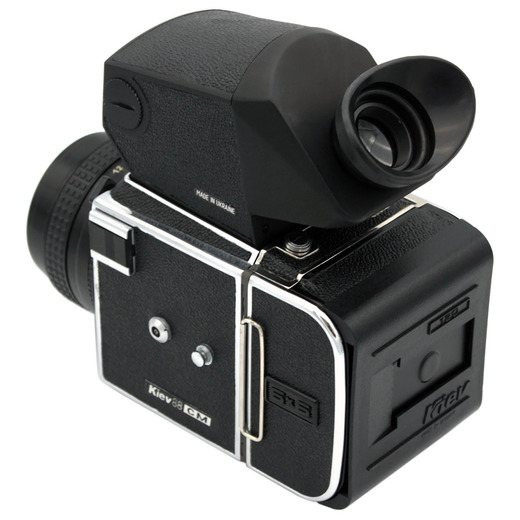 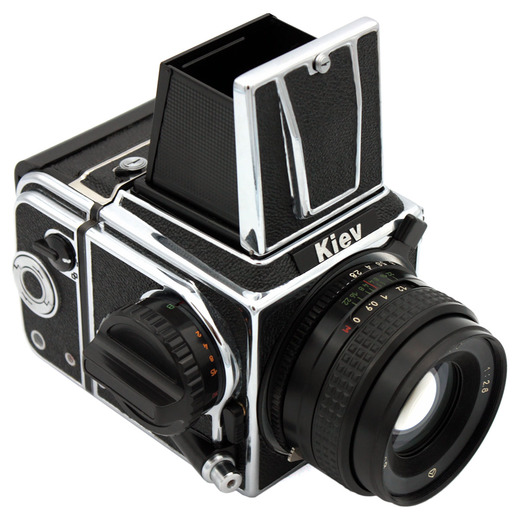 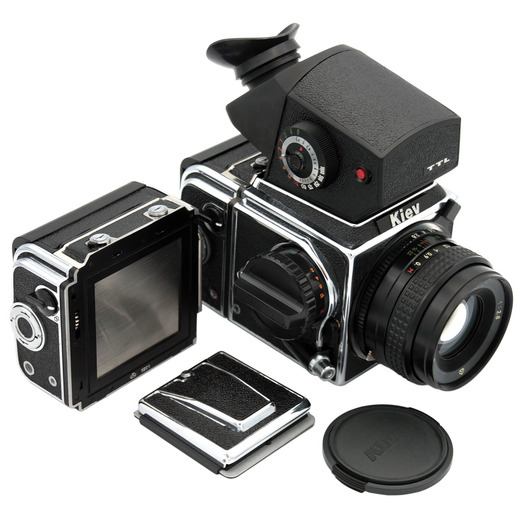